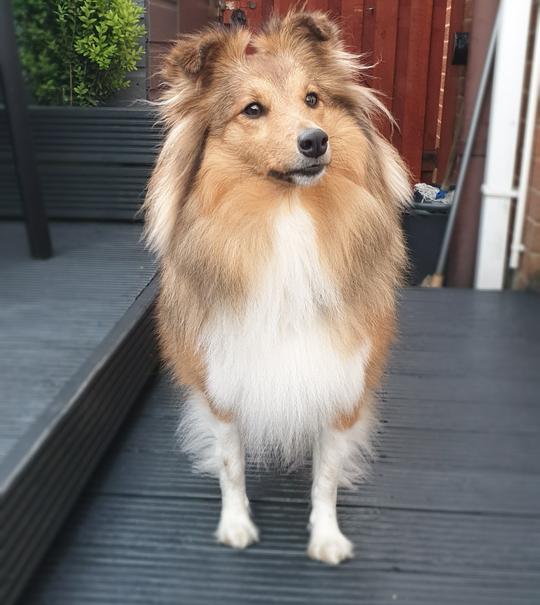 Living With A Nervous or Reactive Dog

Living with a nervous or reactive dog can be really tough - we see those dogs out and about that enthusiastically greet everyone and everything, while our own dogs struggle to cope with the world. It's lonely and isolating. You wish the world could see the amazing dog that you know and love, but instead you get those looks from other dog owners that make you feel embarrassed and that you've done something wrong - maybe you didn't socialise your dog enough? Socialised them too much? Are you to soft with them? You must of done something for them to behave like this?My own struggles with my Sheltie Poppy started when she around 5 months old when our outgoing, friendly puppy seemed to almost overnight become very frightened of everyone and everything. Reassured that fear periods were common at her age, we carried on trying our best to socialise her and help her through it but if anything things were getting worse and not better.I became obsessed with learning about reactivity in a desperate attempt to find the solution and became confused by so much conflicting advice. Some books even suggested that reactivity meant my dog was aggressive and not much could be done, and that's a horrible label to give a dog which is ultimately just scared and dealing with that fear the only way they know how.We reached a low point when Poppy was too scared to even head out down our road for a walk, at rally class we'd sit in the corner while everyone's dogs happily trained and Poppy was too scared to move, and I decided there has to be a better way - I wasn't willing to accept that her life would have to be so limited by her worries. When she's at home and confident she's the happiest, most fun loving, outgoing dog you could meet and she deserves more from life than being confined to the house by her fears.It was at this point I stumbled upon an incredible trainer and a new way to look at our problems. I won't go into specifics of training here but what I want to share - and it's almost more important than the training - is how changing the way you look at the problems you have with your dog changes everything.In my head, I had a reactive dog and I needed to fix it. But take a step back and look at an average day and she may have barked and lunged at some things, but realistically she was doing that maybe a total of 10 minutes out of the whole day. What was she doing the rest of the time? Doing brilliantly with her rally training, getting really brave with objects and noises around the house, didn't bat an eyelid on bonfire night, was the most fun companion you could wish for, she's incredibly patient, would never steal food, walks beautifully on a loose lead, the list goes on - but I never gave her credit for any of those things, she was just a reactive dog that needed fixing.So whatever the problem, one of the most important steps towards changing the future with your dog is taking away the labels - once you look at your dogs strengths rather than their problems you've got some amazing foundations to build on. Another crucial thing is to find a supportive community of people who have been where you are, you'll get inspiration from success stories and have somewhere to turn to when you've had a tough day.If you'd asked me about Poppy a year ago, I would of told you how upset I was that I had a nervous reactive dog and there was seemingly no hope for the future.Ask me today, and I'd tell you that it actually turns out having a reactive dog is one of the best things that could of happened - I have a bond and relationship with Poppy we just wouldn't of had if she was a 'normal' dog, I've met some incredible people, I've discovered a huge passion for dog training and I'm hugely optimistic about Poppy's future.Today we went to a busy garden centre and sat in the cafe - the place was packed with things that Poppy would of been terrified of not long ago - people walking close by past the table, rattling trolleys banging along the paving, and my stomach was in knots when the table next to us was taken by a couple with two lively spaniels. I looked down in a panic ready to get Poppy out of there before she went into a melt down only to find her sat looking at me intently, wagging her tail - she just wanted some of my sandwich and I could not have been more proud of her!Never let anyone tell you there's no hope for your dog - if you're struggling, start by looking for your dogs strengths, become their biggest fan and change their story.And if you need someone to talk or some moral support, our inbox is always open.Amanda xx